A one hour programme of artists’ film, video and performance. Chimeras and histories of non-human representations, the distance between objects and language, 17th Century poems and resilience strengthened through love and loss are themes explored in these works.

Clair Le Couteur (*1982, UK) is a non-binary trans research artist and singer, currently completing their practice-based PhD –‘The Fictive Museum’–at the Royal College of Art, London. Recent projects include: Transportation Blues(2016), a live-looped folk song cycle at the Horse Hospital, London;Roots Between the Tides (2016), an a network installation of144 images on long-term loan to Warrington Museum; essays for Gender Forum, Shades of Noir, and the Oxford Artistic Research platform; and Reading Trans (2017-18), a series of workshops on trans theory for postgraduate Fine Art courses including Goldsmiths and Open School East.

Carli Jefferson (b. 1978, UK) is a trans-disciplinary performance artist. After graduating in Dance and Visual Practice with Liz Aggiss (Brighton, 2000), she began her career touring with STOMP before developing Stepflow, a combination of tap, body percussion and dance techniques. Carli currently performs, teaches and choreographs worldwide in multi-genre projects from folk to street dance, film to textiles, gallery installation to international stage musicals. Recent personal projects include a residency at ]performance space[ Folkestone, and Footfall (2018), a performance for the Draw ToPerform festival, Brighton.


Samantha Rebello is an artist and musician working in sound and film. Her work has been shown internationally at film festivals and galleries including the New York Film Festival, the London Film Festival, Rotterdam International Film Festival,Edinburgh Film Festival, Serpentine Gallery, the Whitechapel Gallery and at the Centre of Contemporary Culture Barcelona.

In my work I have been interested in thinking through film. The possibility of an opening up of perception through a rendering of the known as unknown through altering the observational ‘position’ of an audience. The isolation of objects in order to make them strange, making their context unknown in order to ‘see’ them. The apparent displacement of objects through that which Zizek defines as a Parallax view.

I am a non-binary artist, filmmaker and writer based in London, UK. My work explores the politics of encounters, addressing power and devoted to histories of non-human representation. In 2016, I founded the moving image research & screening platform Synthetic Ecology. In 2017, I was an Associate Artist at Open School East. In 2018 I began studying an MA in Contemporary Art Practice: Moving Image at the Royal College of Art. 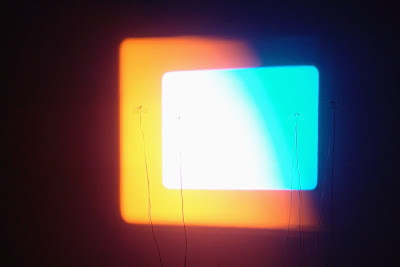